Hubble Products Around the World

UL18 on the Cover of Astronomy Technology Today


Last night I had “first light” with the 12.5” f/6 mirror that you recently supplied. It is truly a magnificent optic! Ronchi, knife-edge, and star tests were straight out of a textbook, and the image of Saturn was breathtaking. Despite the thin substrate, there is no hint of astigmatism. Frankly, when I purchased a Hubble Optics mirror on xxxx, I was skeptical of the advertised wavefront quality. For the low price, it just seemed too good to be true. In the future, I will not hesitate to recommend your firm’s optics to friends and acquaintances...

I’ve tried buying fast 8” mirrors twice through A-mart and both were dogs – terribly undercorrected, probably spherical. This mirror is way different. Stars are near pinpoints and there is no tendency to astigmatism (at least nothing that didn’t come from my eyes). I went out tonight and looked at Jupiter as soon as it became visible. Even so, it is getting pretty low in the sky and the air was pretty wavy. As near as I could tell, in the moments of stillness the images were as good as any scope I own.

Star testing showed even images that were very nearly the same inside and outside of focus. Using my EZ tester (ronchi eyepiece) showed nice straight lines and no hint of TDE.

As far as I can tell this mirror is a winner and will suit my needs very well. Whether or not it actually meets the specs listed on the box I can’t tell without getting it tested. But its a lot better than the other Ebay mirrors and I like it. I wouldn’t be afraid to buy another Hubbleoptics mirror...

I just tentatively assembled my 10" F4.7 1/17 PV wavefront mirror in my observatory and watched Jupiter and the moon last night. Although the air condition was terrible due to middle of rainy season, optical performance was exactly as I expected! The surface of Jupiter was amazing. Contrast of color was deep and details were very sharp, image edge was knife cutting, even through hazy bad seeing. The surface of the moon had an extra contrast; very very sharp edged landmark was attractive enough to keep watching hours. A hair splitting and breath taking experience, which reminded me of previous mirrors. I need to further tune up optical performance of this scope such as replacing with smaller high precision secondary mirror etc. Will report further progress.

Just wanted to let you know that I received the 14" mirror.  AND, we tested it today at my astronomy club.  We used the computer program FigureXP, and created a 7 zone mask for it.  We used a very accurate Foucault tester with a video camera.  I must tell you that the mirror was better than I expected…   I am VERY happy with this purchase!

Took a while for the mirror (14") to come in, but well worth the wait! 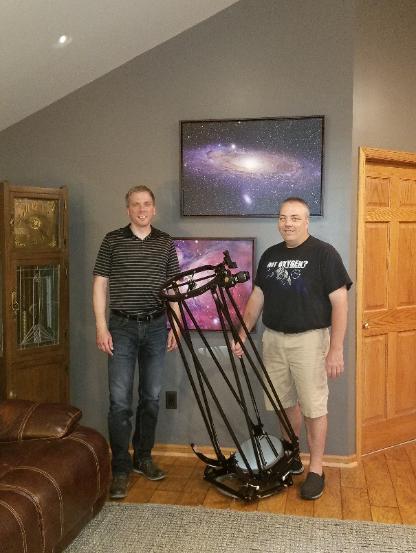 Dave Sommerfeld (right) with his UP12. "I can say that the mirror (though not the sandwich mirror) is excellent". On the left is Dave Fuller the crator of Eyes on the Sky on Youtube 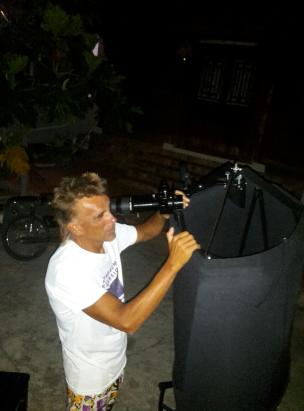 " I want to express my admiration for your excellent optics. It gave us a lot of pleasant hours under the southern stars."
-Vladimir 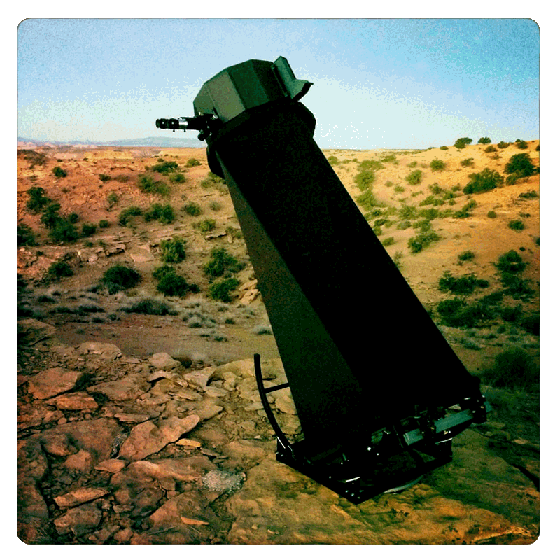 But the deep sky objects…wow, I truly have never seen Orion like that, the entire 30mm eyepiece filled to the brim with nebula, the colors, the tiniest of stars in the trapezium, I must have looked at that for over an hour, 30mm 82 degree, 14mm 100 degree, 24 and 16mm in binoviewers, holy cow! The spiral structure in galaxies, the Eskimo, the Owl, etc, all kinds of stuff, just a heck of a lot of fun and most likely the best views of objects I have ever seen…certainly the most in one night.
-Dan Bayer 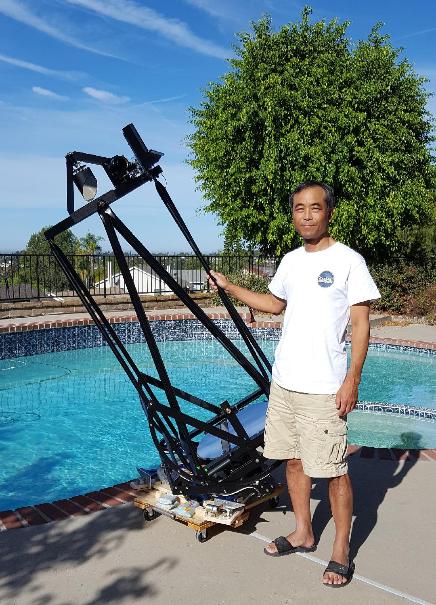 "UL20 is working excellent. The mirror quality is excellent..."
-Hiroaki Nakamura with his UL20 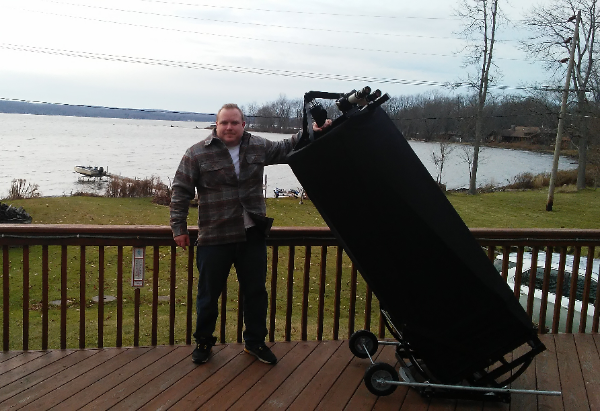 Hello Tong, Wanted to take the time and say thank-you for the excellent 20" f4.2. Wow is this mirror smooth and precise! Had one chance to see Saturn low in the sky, in September with stable seeing conditions. Uranus is finally getting higher, to chase good seeing. Where I am located south-west of Buffalo NY near lake Chautauqua, mostly have the jet stream overhead and never have stable seeing, except in the summer months. The site where the scope is, is dark and the deep sky views outstanding! I counted 26 galaxies in NGC 507 group at 200x in Pisces-Andromeda border. I'm using a Denkmeier 2 binoviewer and 3 power switch and A45mm OCS -1.2x 1.8x 2.25x with 24mm panoptics (107x 160x 200x ) and 35mm Baader eudiascopics I special ordered from Germany, just for this scope. Also color is brilliant as blue-greens are in planetary nebulae with this mirror ! Looking forward to seeing the pink rim in IC 418 this winter !
Thanks!
-Tom Bakowski 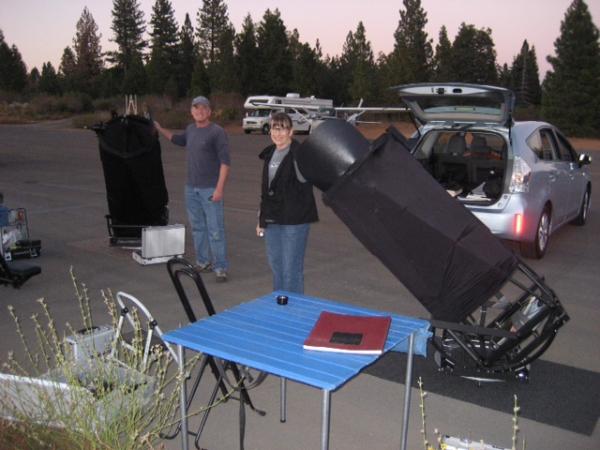 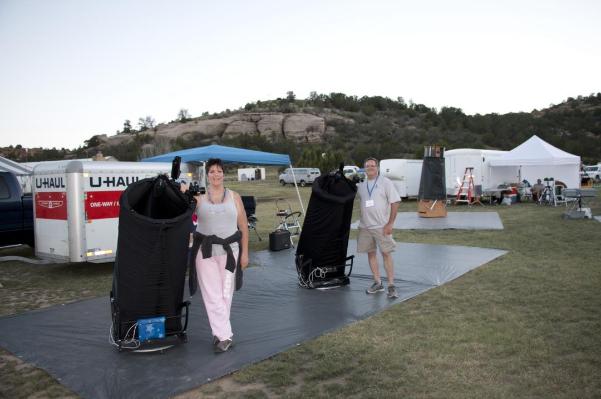 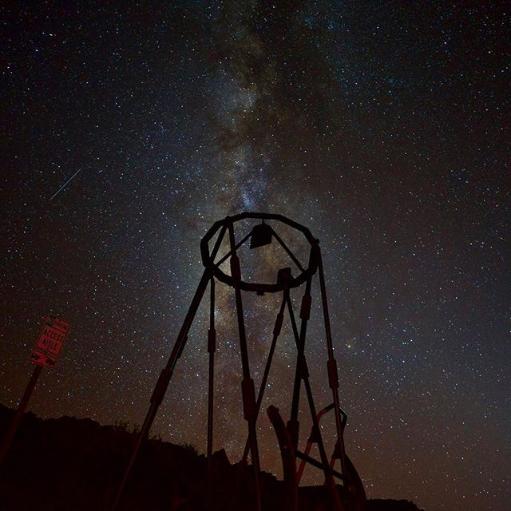 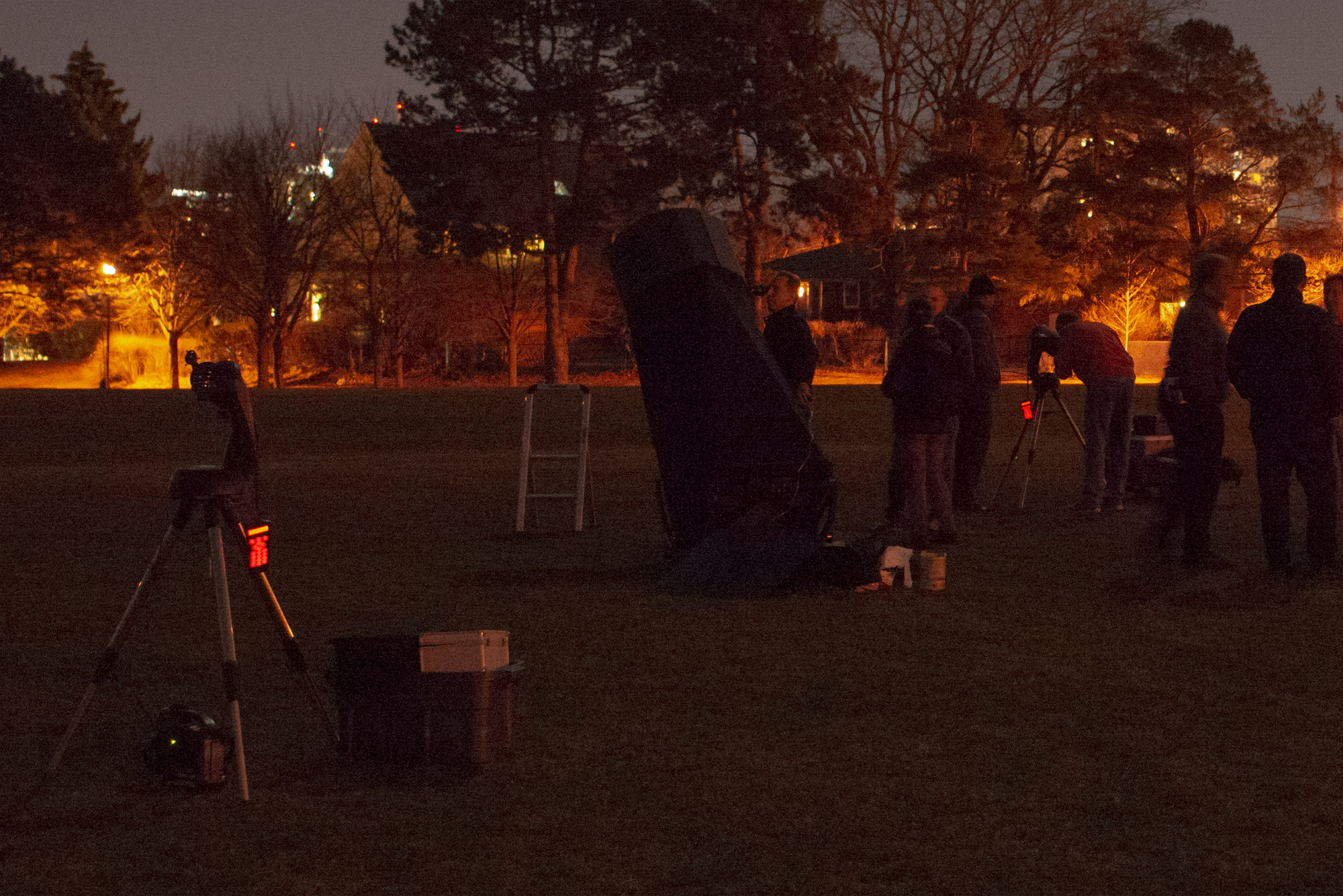 Rick Foster with his UL24

“It’s been 6 months now since we had first light on what is Australia’s largest privately owned telescope. Situated at the ASV’s Leon Mow Dark-Sky Site in a roll off roof observatory, 2 hours north of Melbourne, the views continue to get better and better since we have learned to manage temperature of the interior of the observatory prior to using the telescope. There are a lot of objects which have been transformed for me with this aperture, but the stand-out one to date has to be glimpsing the globular cluster in NGC253 which forms a loose triangle with the two bright 9th magnitude stars south of the galaxy core. Thanks Hubble Optics for the chance to experience the views that I and the ASV have seen and will see in the future".